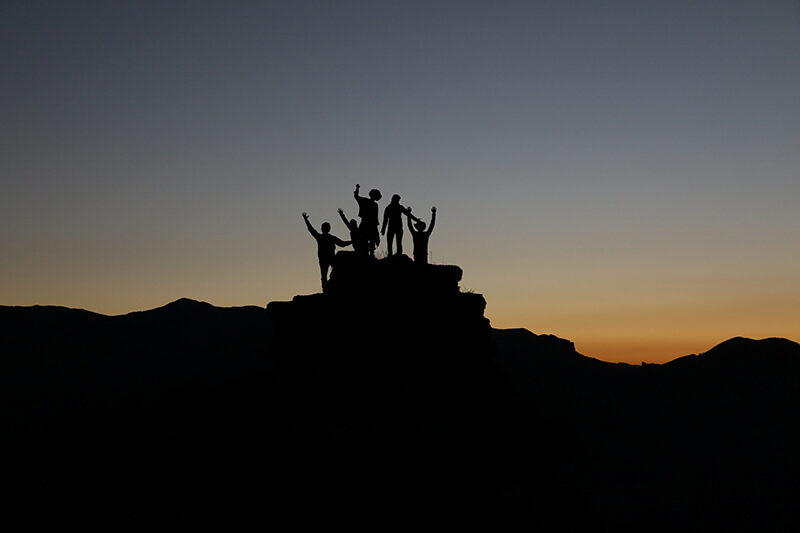 24 May What do we say when we observe someone leading?

Posted at 18:11h in Entrepreneurship by Reflexiones EcoHumanos 0 Comments
0 Likes

Here I am writing my first blog, trying to run away from fears, letting go of my sense of modesty and shyly throwing myself into a path of doubts, thoughts and amazements that I want to share. I will try to do it respectfully, thinking of the person who reads from a different feeling/thought, as valid and legitimate as mine.

I am a biochemical engineer by profession and a teacher by vocation. I have worked in the world of engineering in my beginnings, then in the business world, then in academic spaces in business schools and lately as an apprentice as a social entrepreneur.
In this transition I have transformed my observation of ideas, concepts and proposals that I repeated without much reflection – and also without conviction – in my projects and classes: The dangers of the comfort zone, the importance of a good leader, the orientation towards results, the focus on productivity, the determinant of being convincing, among others, that appeared to me in the automatic, almost as irrefutable axioms in business success. Today I want to share my reflections on the idea of Leadership, especially due to the current circumstances of the world in which we live, trying to answer the question: What do we say when we observe that someone is leading?

Notions of leadership have been changing over the years and many scholars and researchers from various disciplines have been contributing their notions and experiences. During the second half of the 20th century, it was assumed that the leader was a person with skills, competencies and/or abilities superior to those of others; in this sense, it was believed that the leader was in charge of defining the collective strategic north, identifying the potential of individuals and facilitating their development in coherence with that strategic north. It was assumed and is still believed that a good leader is the one who makes the led grow. Moreover, it is said that a good leader is the one who makes things happen. Where is the leader’s contribution in these affirmations? Is it possible to affirm that a happening is based on a single action, as a kind of magical caudillismo? Can we affirm that the military invasion of Ukraine is only due to a leader’s decision?

Different authors characterize the situation of violence and denial that we are experiencing in many areas of our lives as a result of the crisis of confidence in leaders in multiple dimensions.

Consistent with the above, contemporary academic approaches to the phenomenon focus on the ethics and values of leaders as key factors in the structuring of trust in organizations, and from here the concepts of the ethical leader or authentic leader are presented. However, these proposals assume that an ethical and authentic posture in the leader favors the ethical and authentic “doings” of the led; and thus ignore the fact that the crisis of trust corresponds to the dynamics of the cultural system itself and not simply to the isolated actions of its individuals.

In the contemporary adaptive leadership approach of Grashow, Heifetz and Linsky, there is already a recognition that the environment is changing and requires ongoing diagnosis. Even the changing environment is understood as a system and therefore the role of the led is not reduced to a subject directed by the leader. But despite this, it is still proposed that the leader performs an adaptive exercise in the voluntary and directed environment based on a reading of reality and the desirable future. In so far as it does this, it understands itself as independent of the system, as having a broader observational capacity than others, with all the empowerment that characterizes subject-centered leadership theories.

Studies that have focused on leadership as a characteristic of the subjects ignore the relational condition of the phenomenon. Even the proposals of situational, adaptive or emergent leadership focus on the subject, to the extent that they assume that the subject has the skills to better interpret the conditions of the “led” or the environment, and therefore seek to strengthen the skills to interpret/improve the situation; that is, to adequately read the environment and adapt successfully.

In this regard, we consider that these positions are based on two questionable assumptions. El primero de ellos, que es posible hacer una lectura adecuada y suficiente sobre el otro o sobre el entorno, independientemente del observador y su historia. Second, that one can respond adequately and successfully to changes in the environment (adapt), assuming that the trajectory of change of the macro-system can be determined a priori in a step-by-step manner that looks into the future.

From our point of view, leadership is a relational phenomenon, circumscribed to specific contexts or situations; this means that it cannot be explained on the basis of what A or B are, but from a complex and dynamic understanding (always depending on the observer) of what happens to A in relation to B and vice versa. Despite multiple research and theoretical efforts, it is not possible to find – within the characteristics of individuals – something like “being a leader” or “being led”. These appellatives refer, not to a personality trait, but to a type of coexistence typical of a certain relationship between people, which from a certain point of view is distinguished as leadership.

However, it is common to find in our everyday language situations in which as observers we assign certain attributes that distinguish the behavior of animals and insects from that of a leader; “That orangutan is the leader of the herd” or “that bee is the queen”, assuming it as a natural and unquestionable fact, without realizing that those observed attributes have a cultural origin of the observer and not a natural origin of the observed animal. The bee acts as a bee, who
the crown is the observer from its culture.

Therefore, what do we distinguish and what do we observe in coexistence when we say that someone leads? Why do we need almost urgently the emergence of “good leaders”? It seems that there is a lot of our culture and paradigms there.

Particularly in our foundation we think that the word Leadership has a big cultural charge, which evokes the ego, that
overvalues the performance of a person in a role of greater responsibility, which hides the importance of what is invisible to the naked eye and of silence in sound. In a musical composition, the note reached by the violin solo is as important as the silence that allows it to enhance the beauty of its sound in the contrast of the void.

Whenever there is a relational space based on trust and mutual respect, collaboration appears and leadership disintegrates… Do we observe a leader in the couple that shares the care of their children? Why do we more easily distinguish leadership in the family? From where do we yearn for leadership in business? What are the differences between one relational domain and another?

I would like to think that we live in an era where we are moving towards awareness of our actions and their consequences, and that gives us responsibility.
An era where conversations invite us to observe ourselves in the present as beings who act in coherence with what happens to us, so that it is possible to realize how our expectations and desires are continuously configured and reconfigured, and that gives us freedom.
An era in which we no longer understand ourselves as part of a world, but rather we feel that we are part of a world that we are building, and this enables us to act ethically. When we find ourselves living together in this way, we transform our existence and our relationship with the cosmos, respect arises, spaces of trust appear and we act in autonomy… and in this living together, we call leadership collaboration!